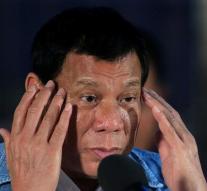 manila - The hostage of a school on the Philippine island of Mindanao has been terminated. The militants retreated. There would have been no wounds, according to a spokesman for the army. It is unclear whether adult hostages have been taken. All children are safe, according to the authorities.

Three hundred armed people with ties with Islamic State (IS) stormed a school in Pigcawayan in the south of the Philippines during the night of Tuesday on Wednesday. They held hostage to several students, according to the police. Among the militants were members of the Bangsamoro Islamic Freedom Fighters (BIFF).

Mindanao has been restless for weeks. Earlier this month, special US units were deployed in the fight against extremists on the island. On May 23, jihadists with ties with IS entered the city of Marawi.