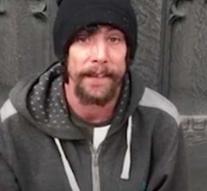 manchester - The homeless man who got a hero status after the terrorist attack last May in Manchester, Chris Parker, was sentenced Tuesday to four years and three months in prison for the downside of his helpfulness. Parker appeared to have robbed victims of the terrorist attack.

He admitted, among other things, that he had picked up a wallet and an iPhone.

Parker got the nickname 'Homeless Hero' after the bloody attack at the Manchester Arena. He would have taken care of injured victims. Sympathizers then donated tens of thousands of pounds to give him a better life.

Later it turned out that the authorities suspected Parker from theft. On camera images you can see how he searches the bag of an injured woman whose granddaughter was killed in the attack. Parker has apologized through his lawyer for his 'shameful behavior. '