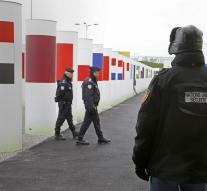 - More than two weeks after the bloody attacks in Paris, more than a hundred world leaders to the French capital. They gather there for twelve days on the climate, global warming and ways to reduce greenhouse gas emissions.

The conference will be held in Le Bourget in the northeast of Paris, a few kilometers from the Stade de France, one of the goals of the terrorists. Approximately 2800 officers secure the site. At the same time check 8000th colleagues borders, airports and ports. Street demonstrations are not allowed.

Prime Minister Mark Rutte hold Monday a speech during the opening of the climate summit. Minister Lilianne Ploumen (Foreign Trade and Development) and Secretary of State Sharon Dijksma (Infrastructure and Environment) in the Netherlands will also attend.

It's the 21st climate. The previous conferences deteriorate particularly in tug of war between major blocks as the United States, China, India, Europe and the developing countries. They pointed at each other. Even now there is little hope. Thus, the US and Canada do not want the agreements are binding. Otherwise, they would be forced to adhere to it.