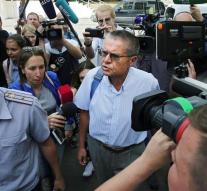 moscow - It seems that a Russian former minister has accepted two million euros of cash from an oil boss. That appeared in court on Tuesday. A smoldering quarrel between 'Kremlin clans' thus comes to the surface.

Alexei Ulyukayev, former Minister of Economy, is suspected of being bribed by Igor Sechin, chief of oil company Rosneft and an important member of Vladimir Putin.

In the Russian courtroom, the prosecutor read a transcript of a secret recording, which was recorded during a conversation between Ulyukayev and Sechin. The former called the meeting an 'innocent conversation' but the transcripts suggest something different.

'Sorry, it takes so long,' said Sechin. 'I was on a business trip and had to collect the amount. The mission has been completed. Here, take it. And here the key. 'At that time, the prosecutor thinks, Sechin has handed a brown bag to the then minister.

According to Reuters press office, the lawsuit gives a unique insight into the dormant battle between different 'Kremlin clans'. In the 17 years that Putin rules, such revelation is hardly ever seen.

A power struggle would be underway within the Russian government circles. Sechin is a member of a powerful group that wants more government control on the economy. Liberal economists, including Ulyukayev, are keenly defeated with the Sechin group, and seem to dig deeper.