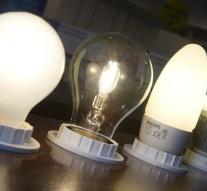 - Finnish network specialists this week conducted a successful test of the wireless sending and receiving data over a light connection. This speeds up to a thousand times higher than wifi achieve it.

Sending data goes through a standard LED light, while receiving a special light-sensitive sensor is needed. Obtained during tests conducted by the Finnish startup Velmenni, in practice, speeds of 1 gigabit per second. Laboratory tests also revealed that in theory speeds up to 224Gbps possible. Li-Fi, as the company calls the technique has several advantages over wifi. So the light spectrum is much larger than the radio spectrum and so there is more space for sending data. In addition, a Li-Fi connection to other techniques that use radio waves, do not disturb. As a result, for example, it might be effective at airports or in hospitals. However, there are also disadvantages. Thus, for Li-Fi require a direct line of sight and can therefore not go through walls. Also, it does not work out, because sunlight interferes with the connection. Nonetheless, the creators say that the technique in three to four years is ready for consumer use.
NEW