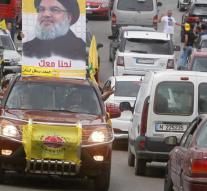 beirut - According to preliminary results, the Shiite movement Hezbollah won the parliamentary elections in Lebanon. According to Lebanese media, Hezbollah and the small Christian and Sunni parties supporting the movement are gaining more than half of the 128 seats.

The party of incumbent prime minister Saad al-Hariri lost seats, but remains the largest Sunni party. Hariri is thus the most important contender to lead the next government, because the prime minister must be Sunni by law.

It was Sunday for the first time since 2009 that Lebanese could go to the polls. Because of the civil war in neighboring Syria and political unrest in their own country, the elections were postponed twice. The final result is expected later on Monday.