Home / World / Heroin on its way to the Netherlands intercepted 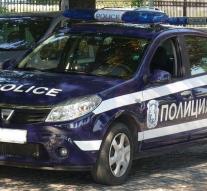 - Bulgaria submitted to the Turkish border 2 tons of heroin intercepted Iranian who was destined for the Netherlands. The drugs were hidden in tomato paste, told the Bulgarian Prosecution. The Iranian director has been arrested.

The cargo of heroin Justice has a street value of EUR 9 million, but is now destroyed. The catch is the largest in Bulgaria since the accession of the Balkan country into the European Union in 2007.