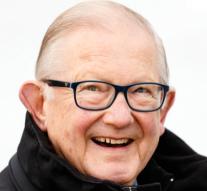 - Pieter van Vollenhoven officially opened Thursday at the Parade in Den Bosch, the Heritage Day 2016. He got a key from the hands of a living statue of the painter Hieronymus Bosch.

The theme of the thirtieth Heritage is the icons and symbols. The opening by Van Vollenhoven is part of a public program at the Parade. The event will mark the five hundredth anniversary of Hieronymus (Jeroen) Bosch (circa 1450-1516).

Heritage Day is an annual event during the second weekend of September, which is to increase public interest and support for the preservation of monuments. It is one of the biggest cultural events in the Netherlands.