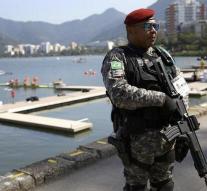 lisbon - All eighteen police officers of a police station in Portugal have been charged with torture, abduction, falsification of reports and other allegedly racist motivated crimes. The case is related to the arrest of six black youths in 2015, according to the prosecutors on Tuesday.

Police officers worked at a patrol unit in Alfragide, a neighborhood near Lisbon. They are accused of 'torture and other cruel, degrading and inhuman treatments, illegal detention, serious abuse of powers and violation of their duties'.

The charges have been drawn up after a joint investigation of prosecutors and the judicial police after complaints from families of the six arrested young people. Racist violence is rare in the poorest country of Western Europe, attracting less immigrants and refugees than richer countries such as Spain or France. But the country has large minorities with roots in its African ex-colonies, as well as in Brazil and India.