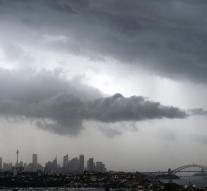 Tropical Storm poses a direct threat to Tonga, a kingdom with 105 000 inhabitants. Also get parts of Fiji to do with Winston.

The weather services in the region are struggling to predict the path of the cyclone, because it already has departed more than once from its predicted path through computer models in recent days.