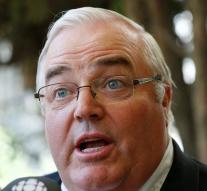 vancouver - A Canadian court has two sectarians who had separated themselves from the Mormon church convicted of polygamy. The authorities tried to get Winston Blackmore and James Oler for years, but that was difficult because their actions fell under the freedom of religion. However, in 2011, the Supreme Court ruled that the laws prohibiting polygamy were more important than religious freedom.

The 61-year-old Blackmore was married to 24 women between 1990 and 2014 and had 146 children. The 53-year-old Oler would have had a marital relationship between five and females between 1993 and 2009. Unclear is how many children he has.

The sect had separated from the Mormon church. For a long time, Blackmore and Oler mentioned bishops of the Church of Jesus Christ of Latter-day Saints, but after that church had swept polygamy, Blackmore and their backs returned and began a settlement in the village of Bountiful.