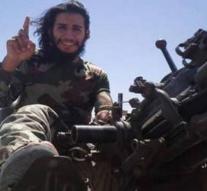 brussels - The Belgian security services suspect that the mastermind behind the rolled terror cell in Verviers had a hand in the attacks in Paris.

In January, a terrorist cell of IS was raided in Verviers, in which two people were killed. The leader, the 29-year-old Syrian fighter Abdel Hamid Abaaoud, then sat in Molenbeek and fled to Greece. From there he was supposedly traveled to Syria. The French Prime Minister Valls said this morning that the attacks may have been planned from Syria.

Four of the seven terrorists who died in Paris have now been identified. All have French nationalitet, only one of them also lived truly in France. The other two came from the Brussels borough of Sint Jans Molenbeek.