Home / World / 'Head office Unilever after brexit in the Netherlands' 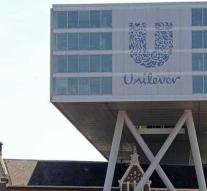 - The head office of the British-Dutch group Unilever will probably come to the Netherlands at the brexit. The British government is taking this seriously seriously, reports the Financial Times.

The newspaper refers to signals issued by top officials to the British government.

According to the newspaper, Prime Minister May already takes into account that the headquarters departs from London. Unilever now has a shared headquarters, in the City of London and in Rotterdam on the Maas.

The final decision has not been taken, emphasize the sources, it would be a very emotional decision.

In the second week of March, the board of directors and the supervisory board will cut the knot during a regular meeting.

Both the British and the Dutch government are lobbying and luring the pressures at the British-Dutch food and detergent concern to fully place the head office after the brexit in her country.

The British fear that the top of the group will still opt for Rotterdam. According to the Financial Times, the officials concerned have not lost hope, although the Netherlands apparently gets more points in the total assessment. 'It would not be a big surprise if it happened. '

At the beginning of this month, Unilever CEO Paul Polman announced that the group would make a decision 'in the short term'.