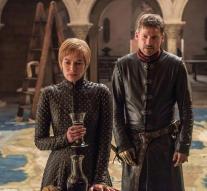 new york - HBO was hit by hackers last week, but now it appears that the hack is worse than initially thought. Variety writes that a HBO-hired security company has discovered that hackers have stolen thousands of internal business documents.

There would be many documents, pictures, videos and sound. The hackers also learned to acquire personal information from an HBO director and managed to break into his business email. This information was also published online and includes online account passwords, internet banking and insurance information.

The hackers claim to have stolen a total of 1.5 terabytes of data from the transmitter and have already written one game of Game of Thrones online, just like two unpublished episodes of Ballers, Room 104 and the new series Barry planned in 2018.