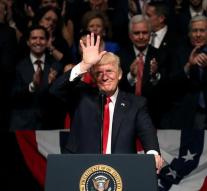 havana - The Cuban government deplores the actions taken by US President Donald Trump on Friday against Cuba. In a statement read on television, Cuba called the decision 'a setback' for American-Cuban relations.

Cuba believes that Trump is resorting to 'compelling methods of the past,' which Havana said would not achieve their goal of weakening the revolution. Nevertheless, the communist country wants to keep in dialogue with the US.

The White House is partially reversing Obama's policy of increase from 2014. Trump signed a decree making the individual Americans difficult to travel as a tourist to the Caribbean island and to spend money which, according to him, holds the communist regime in the saddle.