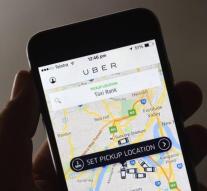 - A group of people with disabilities has gone to court in Chicago because they feel that Uber offers too few vehicles Wheelchair. By bringing a case they hope to turn the taxi company to do something about it, reports Reuters.

Since 2011, when Uber was active in Chicago, were made in the US city of millions Uber rides. Of these, only a handful wheelchair.

The lawyer acting for the handicapped suggests that Uber discriminate. According to him, many people take advantage of the ease and relatively low cost, but funds that benefits not handicapped accessible. 'Entire classes are therefore excluded,' said the lawyer.

Uber has not yet responded to the allegations.