Home / World / Hand cut off after quarrel over charger 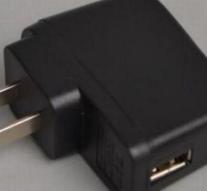 - A girl from northern India is in critical condition at the hospital after her hand was cut off by a man. Reason was a quarrel about the charger of a mobile phone.

The girl was also stabbed several times during a busy market in the state of Uttar Pradesh. Passers-byers managed to overcome the man and handed him over to the police.

According to witnesses, the two were in discussion before the man suddenly attacked her. The police arrested the man.

Agents have told BBC Hindi that the victim's family had complained that the girl was stalked by the man.

According to her uncle Sushil Kumar Trivedi, the girl walked towards his house with her mother to load her phone when she was suddenly attacked.