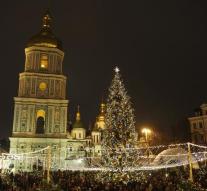 kiev - Authorities in Ukraine examine a large power outage in Kyiv is the result of a cyber attack. The north of the capital came Sunday without getting electricity when a substation itself suddenly turned off.

According to power company Ukrenergo, there are only two possible explanations for the failure: the hardware broke down or there is outside interference. Technicians of the organization would have evidence that there was a cyber attack.

Ukraine has become the target of hackers. The websites of various ministries, according to the authorities recently went black after cyber attacks. Which were, according to the departments referred to disrupt their activities.

In previous cyber attacks was rejected by the Ukrainian government an accusing finger at Russia. The countries arguing among other Russian annexation of Crimea and Moscow's intervention in the conflict in eastern Ukraine.