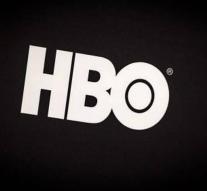 - The hackers who claim to have HBO material, do not put it online yet. In an email, the perpetrators say that leakage of the material, possibly episodes of Game Of Thrones, has been postponed.

As a reason, the hackers indicate that there are new potential buyers for the material. 'Some of HBO's biggest competitors are negotiating to buy the data. The deal is almost around. Arm HBO will never come to the top,' they write. The Hollywood Reporter notes that it is highly unlikely that large media parties are interested in the stolen material.

Previously, the hackers indicated that they would leak material on Sunday because HBO 'broke its promise, so we only have one option. Just wait until Sunday, HBO goes down.' Previously, the group played a script of a game of Game Of Thrones and unprecedented episodes of Ballers and new Series Room 104.

Friday also circulated the new game of Game Of Thrones on the internet. HBO maintains that it is a separate case and a result of a mistake in Star India, which distributes HBO programs in that country.