Home / World / Hackers have nuclear power plants in the visor 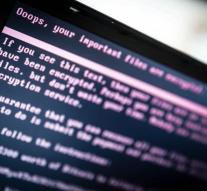 washington - Hackers have been attacking computer systems from US nuclear power plants since May. This is evidenced by documents owned by The New York Times.

The hackers sent fake cv's by mail containing viruses to engineers with access to key management systems. As soon as the recipients clicked on the document, the attackers could steal their credentials and gain access to other machines in the network.

It is unclear whether the hackers tried to steal business secrets or that the attacks were part of a plan to cause huge damage. According to a spokesman for the US Department of Internal Security, there is no indication of a threat to safety.