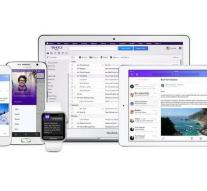 sunnyvale - The recent burglary at Yahoo may have consequences for the acquisition by Verizon. Lawyers see if the hack can be a reason to abandon the planned sale. They have no opinion yet. Bloomberg reported that on Thursday from a source about the negotiations.

Verizon has more than $ 4.8 billion, converted nearly 4.4 billion euros over for Yahoo. The acquisition was announced in July, but has yet to be finalized and approved. Last month, Yahoo admitted that in 2014 hackers stole the personal data of more than 500 million users. It is not clear whether the burglary was the work of intelligence agencies or criminals.