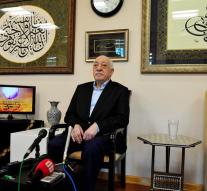 copenhagen - Hundreds of Danes of Turkish origin have taken their children out of schools that were affiliated with the Muslim cleric Fethullah Gulen. This writes the British newspaper The Guardian Saturday.

On Facebook, circulates a document in which fourteen schools in Denmark are associated with Gülen. Parents are urged to save their children from the schools of Gülen,, terror ', 'the translation of the Danish channel TV2. Most of the schools on the list confirm to be influenced by Gülen's ideas on education, saying no direct ties to converse with him or take his ideas into the curriculum.

,, Parents dare to send their children to a school under any circumstances, that is called a terrorist school by Erdogan, '' says Jorgen Skaastrup. The school director works on 35 kilometers of Copenhagen situated Hillerod school, where 45 of the 180 pupils have left.


Parents told Skaastrup they knew that their children were not brainwashed, but they received threats from relatives in Turkey and fear were there no more to travel around. Also lives with some parents fear that their property in the homeland is occupied.

Until now, 366 students were taken during the summer of their schools, TV2 reported.

Gülen Hizmet movement, who is accused of the attempted coup of July by the Turkish President Recep Tayyip Erdogan, has the world its affiliated schools. In the United States living Gülen has denied having had anything to do coup.


In the Netherlands is alive fears that the unrest that began after the coup attempt leaves the school grounds, are now returning many tourists and school starts again. Friday said Prime Minister Mark Rutte and Minister Lodewijk Asscher (Integration) that schools were approached to nip potential unrest in the bud and that reports of threats and intimidation for example, be treated with priority.