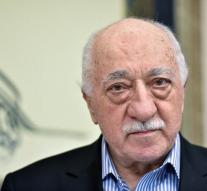 - Turkey has arrested the brother of Fethullah Gülen, the spiritual which is in accordance with Turkey behind the coup attempt in July. Kutbettin Gülen was arrested in the port city of Izmir by special anti-terrorist units, according to Turkish media Sunday.

Kutbettin Gülen was recently returned to Turkey. He was arrested at the home of relatives. The Turkish authorities accuse him of being a member of a terrorist organization.

Since the failed coup of July 15, thousands of suspected supporters of the cleric Gülen fired and / or arrested.