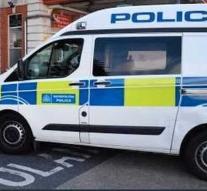 manchester - A motorist has hit a group of people at a mall in the British city of Manchester. At least six people were injured, reports the regional newspaper Manchester Evening News. The police do not assume a terrorist act.

The emergency services were informed that six pedestrians had been hit by a car, a spokesman for the ambulance service said. He jerked out with six ambulances. How the collision could happen is not yet known.

The city was shaken last year by a bomb attack. Then 22 people died after a concert by the American singer Ariana Grande.