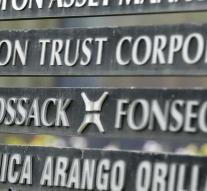 brussels - The European Greens launch an online platform where whistleblowers ' completely anonymous and safe \'to upload documents. EULEAKS goes online Tuesday after the first meeting of the Commission of Inquiry of the European Parliament laundering, tax avoidance and tax evasion.

This committee was established following the PanamaLeaks and kicks off Tuesday with a hearing with members of the international consortium of investigative journalists (ICIJ), which published the Panama Papers. Which are named after the 11.5 million confidential documents leaked from the Panamanian service Mossack Fonseca. For thousands of clients shelf companies have programs set up in tax havens so they could avoid or evade taxes easier.

With EULEAKS would whistleblowers at European level are better protected and promoted transparency.