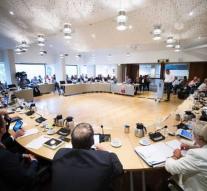 yerseke - The municipality of Reimerswaal has agreed on Tuesday evening with the arrival of a mega church on the edge of the Zeeland village Yerseke. The construction of the church that has to accommodate 2000 believers is controversial.

Residents fear fear of traffic and the building would be too big. In terms of area, it becomes the largest church in the country. The arrival of the church was also controversial because it is in the middle of a nature reserve.

SEE ALSO: Half Dutch is ecclesiastical

After an evening of fierce debates, there was ultimately a majority for the construction of church.