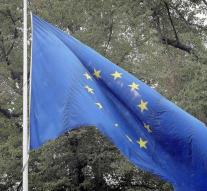 brussels - The 45 million Ukrainians may some time without a visa to travel to the European Union. The ambassadors of the 28 member states gave here on Thursday in Brussels green light.

However, the measure will only become a sort of emergency brake mechanism in force. That gives countries the opportunity to withdraw the exemption for example, abuse or excessive intake.

The decision is a positive signal for EU-Ukraine summit next week in Brussels, said Ambassador Peter Javorčík temporary EU president Slovakia. If the visa waiver is a fact, Ukrainians allowed with biometric passports every six months, ninety days without a visa to travel to the EU for example, a family visit. Work should not.

The European Commission already gave last year a positive opinion and the Dutch government announced in May announced its favor. The issue is separate from the association agreement between the EU and Ukraine. EU citizens are exempted from the visa requirement when traveling to Ukraine since 2005.