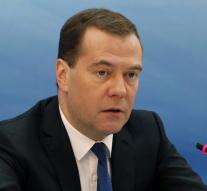 The sanctions will take effect from 1 January and includes the imports of various fruits and vegetables. On the list of goods which may no longer be coming from Turkey include tomatoes, onions, apples, grapes and various chicken products. Strikingly lemons and nuts do not insist when that products imported by Russia on a large scale.