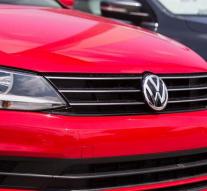 - A US judge has tentatively approved Volkswagen's settlement with regulators over the emissions scandal. It is a package of measures for repair or repurchase of diesel cars with sjoemelsoftware worth $ 14.7 billion.

The court Volkswagen succeeds with the proposal to compensate aggrieved consumers to get involved around 482. 000 cars in the US quickly from the road. Of the total settlement is intended for that slightly more than 10 billion dollars. Another $ 2.7 billion is a penalty and the remaining $ 2 billion to be invested in more sustainable cars.

Volkswagen has admitted in September that it has installed software that diesel vehicles emissions testing equipment had been deceived. Consequently, the cars performed in a test fixture cleaner than in everyday use.