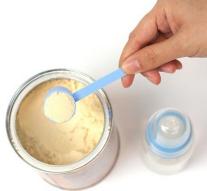 camps - The detention of the Greek shipowner Yiannis Karageorgis (66) at the request of the Dutch justice has to do with suspicions of fraud in a milk powder factory in Kampen.

From bankruptcy reports of the trustee that the owner is suspected of maladministration and many millions of euros owed to the bankrupt milk powder factory Lyempf BV. He would have used money from his Kampen factory for a new process that he wanted to win proteins from olives in Greece. However, that process did not work, curator Dignus Meulenberg in his final bankruptcy report of July 2016.

The judge sentenced the Greek in October 2014 in absentia to pay the deficit of the estate. As an advance after, he had to pay in advance 15 million.

The Public Prosecutor in the Netherlands has so far not commented on the arrest of the businessman.