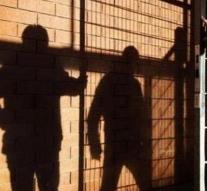 athens - Eight Turkish soldiers, who fled to Greece in July after the failed coup attempt, may not be handed over to their homeland. A Greek court opposed the extradition of two of the military on Thursday while the expulsion of the other six had already been blocked.

Turkey has already asked in vain for extradition of two. Greek judges always quit a stick for returning the soldiers. According to Ankara, eight have been involved in the failed coup.