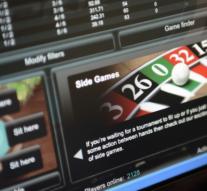 brussels - It will be your grandson but... A teenager has Brussels on Asian gambling sites whopping 115,000 euros lost with the credit card of his 82-year-old grandmother. The woman from Uccle got it until she found the statement in the mailbox.

The grandson just 18 made again with every bet every 2 000 in. He gambled on taking quite remarkable things. The one time he guessed how many degrees it would be in a town on the other side of the world. Later he put still on the amount of precipitation around the world.

Day after day he surfed on websites in China and Thailand. Whenever he used the debit card of his grandmother. On one day he even lost 40 000.


The grandson did not suffer a loss. He managed the loss ultimately be reduced to 23 333 euro. 'The tragedy is that my son has absolutely no regrets,' his mother said to Het Laatste Nieuws.