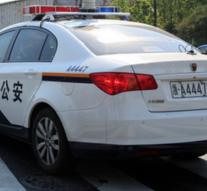 - A Chinese grandmother and grandfather tie their eight-year-old granddaughter last six years every day with a rope to a tree. The child is mentally ill, they say. The girl is a danger to others.

The grandfather told the television station in Henan that the child had long since high fever and then attacked the elderly and children. He and his wife remained nothing more than placing the child tires. It is not clear where the parents of the girl.

Stories of mentally ill children being placed in cages come in China frequently. Parents or caregivers often do not know what to do with such a child. Psychiatric counseling true in China as a poorly developed form of care.