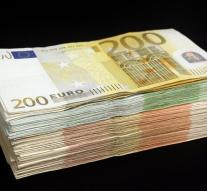 moscow - The governor of the Russian region of Kirov has been caught in the act of taking bribes. Nikita Belig got under the eyes of justice employees in a restaurant in the capital Moscow imputed an envelope converted 400,000 euro.

The Public Ministry in Moscow said Friday that it will enable Belig officially charged. According to the Public Prosecution case has no political aspects. It is not clear which person or body handed him the money.

Kirov is a region about 1,000 kilometers east of Moscow, with approximately half a million inhabitants.