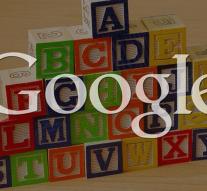 mountain view - Google would be about to change its famous homepage. The page has been as simple as possible for 21 years: white background, a logo, a search window and a few buttons, occasionally a doodle for a special event.

According to The Guardian, among other works on Google personalized feed for each user, including news and information on topics that are likely to suit people. That change is already being made in the Google app for iOS and Android.

That the Google homepage looks so simple is a conscious choice of the company. The simpler it is, the more people can use it. Former Google Vice President Marissa Mayer, who would later lead Yahoo, wrote in the Google Blog in 2008 that she received an email with the number 37 in the subject field and no text on an evening. The cryptic message came from someone who had previously sent mails with numbers 33 and 53. An email with the number 61 had a message 'we get heavy'. The mails came from an employee who kept the number of words on the site. The message was: the simpler the better. In 1999, the homepage even counted thirteen words.