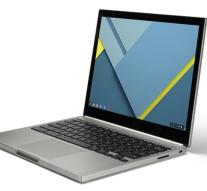 - Google pulls the plug out of the Chromebook Pixel 2 laptop. He is sold out and the stock is not replenished, the company has announced to VentureBeat. There is no substitute, though Google may be working on a new version. Which should run on Android instead of Chrome OS.

The Pixel 2 came on the market last year. The laptop fell on his touchscreen. Google does not say how many copies have been sold.