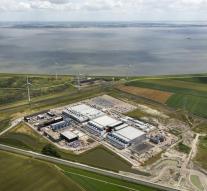 The cooling system is just the beginning, Deep Mind says. The algorithm used is a framework for general use which monitors complex dynamics, the company explains. It can also be used in other places in the data center and beyond to save even more energy.

Deep Mind is originally a British company that was acquired by Google in 2014. Earlier this year the company was known when its AI system AlphaGo first computer defeated a professional Go player.