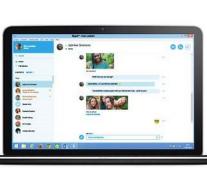 stockholm - Google has attracted a number of Microsoft employees, reports Variety. They work in Stockholm with Skype and threatened to become unemployed because their department is being lifted.

It was about some top people who worked on Skype. Google would have hired them to improve their own communications services. It would be Meet, a video conferencing service, and Duo, the video chat app.

It's unclear how many Skypers are switching to Google, but Variety says it's about dozens of employees. In Stockholm, 120 men worked.

In 2011, Microsoft took over Skype and made the service the most important communication tool of the group. In recent years, the number of people working on Skype has been significantly reduced. For example, 520 people were fired last year.