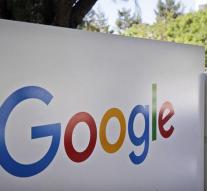 brussels - Tech giant Google rejects the European Commission's allegations that the company abused its dominant market position on the Internet. That Google reported Thursday in response to the updated objections from the Brussels authorities to do thorough research on the company.

Google would include his own price Google Shopping favor above the competition. It would also block the rivals.

According to Google Brussels does not have enough evidence and a large number of users prejudiced in favor of a 'small number' parties. Especially the fact that Brussels research companies like Amazon and eBay do not see as competitors against the sore spot of the Americans. While Brussels was not sufficiently check the market.