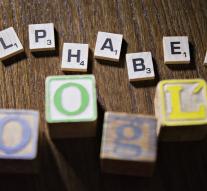 - "Alphabet, the parent company of search giant Google, and the French pharmaceutical company Sanofi joined the fight against diabetes. The two have previously made agreements and jointly invest 500 million dollars."

"Sanofi is committed to working with the Alphabet branch Verily for the ways in which diabetes is controlled and treated to improve. The partnership structure, which has been named Onduo, the pharmacist is also a way to counter stiff competition in the diabetes market."