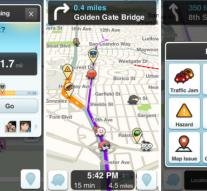 - Google is expanding a pilot service to share rides. The technology is the service, which is strongly reminiscent of the carpooling service Uber, offering through its navigation app Waze. That reports the Wall Street Journal, according to an insider.

Director David Drummond Google-parent Alphabet recently resigned from the board of Uber because of a conflict of interest.

Google still seems to have no plans to set up a taxi service, like the one where Uber big is famous for. Uber Uber Pool has not yet officially announced in the Netherlands, but participants can already sign up.


Google already previously experimented with Waze carpooling among a small group of users, but soon all San Francisco residents can try out the service.