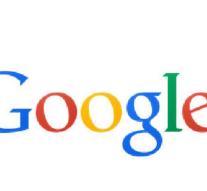 - Google has its first direct investment in China made ​​since the Internet giant 's land in 2010 largely abandoned because of concerns about censorship by Beijing. Tuesday was a "significant minority interest" announced in Mobvoi , a search engine based on voice which was founded by two former employees of Google.

Google already uses the Beautiful 'Moto 360' smart watch which the company introduced in June at the Chinese market. Mobvoi Tuesday showed itself know in a round of funding, which include Sequoia Capital and ZhenFund participated, $ 75 million raised to have to invest in future growth.

The internet giant refused in 2010 to censor its own Chinese service, as Chinese law requires and referred users to its site in Hong Kong. Although Google 's Gmail, search service and YouTube are still blocked by Beijing, the Android operating system is still popular in the country.