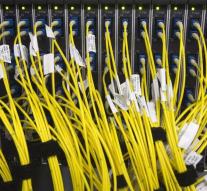 - The aspirations of Google as provider also Internet over fiber to deliver to customers, has turned into a flop. That suggests at least IT publication The Information based on information vna anonymous insiders.

The company would have only 200 000 customers in the regions where it operates. So it is quite behind its own target of five million customers in five years.

To limit the damage a little director Larry Page has ordered to reduce costs, which is likely to come down in practice to reduce the scale which puts the fiber optic cables.


The wired Internet market is therefore a tricky sport. The investments are considerable, while profit making turns difficult. Most providers deserve their money with the provision of television and telephony over the laid cables.

According to anonymous sources, Google would now like to invest more in wireless networks.