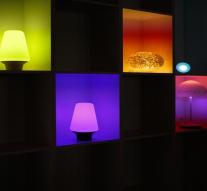 amsterdam - Google has support for Hue lights Philips Lighting built into its router OnHub. The router came exactly a year ago on the market, the smart lights of Hue are the first devices that can be controlled directly via the router, reports Google Wednesday on its official blog.

The OnHub according to Google use and more powerful than other routers so that the reception is better.

The operation of Hue lights works through the web browser on a computer, tablet or smartphone. Hue lights may change as more color and further include controlled via an app.