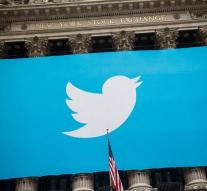 - Twitter shortly receive an official bid. Social media would be in talks with several companies, as CNBC reports based on anonymous sources.

Among the candidates are internet giant Google and software company Salesforce, but they are not the only interested parties, according to the news station. There would be especially interested in the data collected Twitter and the place that has the company in the media.

The board of Twitter would be largely a takeover. There are already some time talks, but according to sources, these have recently been accelerated. A deal may already be around for the end of the year.