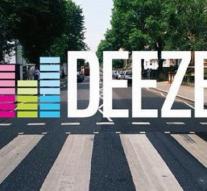 A civil rights group, the Southern Poverty Law Center, had previously made a list of racist bands on iTunes, including names like Der Stürmer, Selbstmord, Hassgesang and White American Youth.

Google will not actively search for racist music on YouTube and in Play Music. The company lets Variety know that it will act against racist numbers that pass users on.