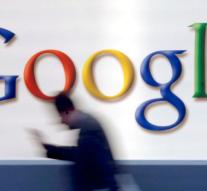 mountain view - After Facebook, Google also discovered that Russia has placed ads in the run-up to the recent US presidential elections. The Russians would have put ads on Google's search engine and on YouTube, Gmail and the DoubleClick platform.

The Washington Post newspaper published the news on Monday based on Google's research. According to the sources, the ads were placed by a group other than those who placed on Facebook.

Facebook recently shared 3,000 ads from the shady Internet Research Agency. This is a so-called 'troll farm', which places fake accounts and fake stories on the social media for the Russian authorities. The posts of the group were shared hundreds of millions of times. Facebook also investigates 2200 suspicious ads that might have come from another Russian group. Twitter has blocked about two hundred suspicious accounts.