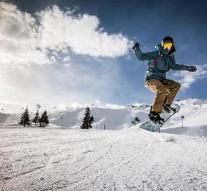 - With the first snow on the slopes, the ski season seems to start well. There is for example Monday all three centimeters of snow on slopes of the Alpe d'Huez, the news BFMTV reported. Everywhere in Savoie and Haute-Savoie has snowed in ski areas.

The news looks a good sign for the upcoming season. The ski slopes are only open end of this month, but the number of reservations in ski centers is due to the snowfall on.

Over the weekend there was over 700 meters also snow in the Swiss Alps, especially in the French Savoie bordering southwest of the country. At high altitudes was 20 to 30 centimeters, according to Swiss media.