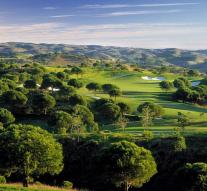 - In an effort to address the corrupt practices at the root, the Chinese government made ​​golf officials banned. Also improper sexual behavior is for the government officials no longer.

President Xi Jinping is busy removing the broom quite stable government and corruption is high on the list. Under the heading combat gluttony, the government holds more severe than previously realized what performing officials. Since Xi became president in 2013, the central government in Beijing performs a strict anti-corruption policy.

Golf and sex are on a list that instance, extravagant banquets and excessive drinking are mentioned. The luxurious lifestyle so much officials lead more and more, the general public is an eyesore. That lifestyle is especially for the 88 million members of the Communist Party taboo. Particularly those elite must adhere to the ethical codes of modern life.