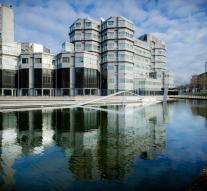 zoetermeer - The Intelligence and Security Service AIVD seeks the coming years some 250 new employees, in addition to two hundred new employees have been recruited in the past year.

In 2012 there was a big cut at the AIVD, resulting in the following years went operational. The Court commented in May leaving valuable knowledge and experience have been lost and that the consequences would be felt for years. Meanwhile, the AIVD has gained extra money to recruit people.

Especially ICT workers are needed, but also intelligence researchers, analysts and translators in languages ​​like Arabic, Berber, Farsi, Kurdish and Russian. That are used to media messages and tapped conversations or translate Internet data and interpret.

In terms of ICT specialists, the AIVD is looking for people who are all-round good, but also to specialized ICT workers, for example, many know about the latest database solutions, data mining and artificial intelligence technologies.

Anyway, new AIVD after an extensive selection and screening process, first internally trained. The training is not only about the work at the department where the new employee arrives, but also on the legal framework within which the AIVD works. In addition, the Law on Intelligence and Security is leading.